The  graph below shows consumption of marine products and  some variety of meat products in America between 1985-2010. Interpret and report information supplied by taking up appropriate aspects and  compare whatever necessary.

Write a minimum of 150 words 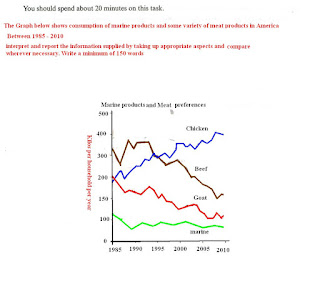 The given graph elucidates changes in the meat annual consumption habits of Americans households between 1985 and 2010, in terms of  kilos per household.

Overall, there were drastic changes in the preferences of Americans in the given period: chicken became the most favoured meat surpassing both beef and goat, the latter, specially the beef declined drastically. However, the marine food remained stable.

In 1985,the consumption of beef was the highest over 300 kilos, followed by goat,200,chicken nearly 190,and fish, approximately 120.From 1985 to 1995 , where beef and chicken registered a rise, rising to nearly 370 and 280 respectively, goat after being surpassed by chicken fell to 150 along with marine food which touched almost 70 kilos.

From 1995 to 2010, where chicken continued its ascent and crossed 400 kilos, and in the process also went past cow meat, the latter registered a sharp decline touching almost 150. Similarly consumption of goat meat fell further to almost 100,but sea food remains stable at around 70 kilos.

Posted by IeltsEssays at 7:17 AM

Email ThisBlogThis!Share to TwitterShare to FacebookShare to Pinterest
Labels: Ielts Graphs, The graph below shows consumption of marine products and some variety of meat products in America between 1985-2010

we offer online and in class training for Ielts aspirants and our expertise spans across general training and academic domains.
If you have a query on this we have the solution.
You can contact us with your written answers on
ravi@sai-ielts.com
tutorial.ielts@yahoo.com
tutorial.ielts@hotmail.com 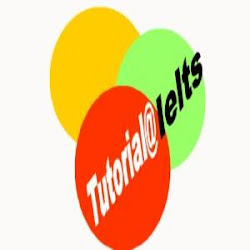